The winters in Virginia continue to get warmer and warmer. We have not yet had our first real snow fall yet and it is mid January. 2019 was the 2nd hottest year in recorded history, falling just behind the year 2016. The effects of climate change have made itself blatantly clear all over the world. The australian wildfires, rising sea levels and record shattering heat waves. This past weekend, it was 70 F in Richmond, Virginia! It was unsettling warm and sunny, we made the most of this situation and decided to venture to a new local park at the recommendation of a friend. We made our way to Three Lakes Park in Chamberlayne, Virginia. 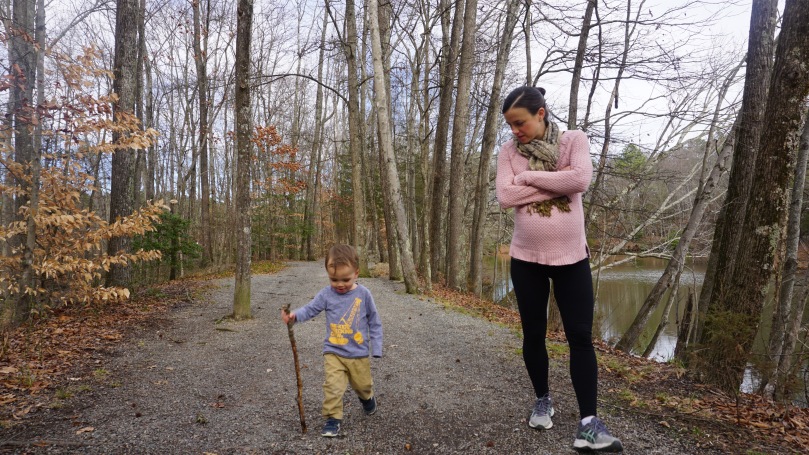 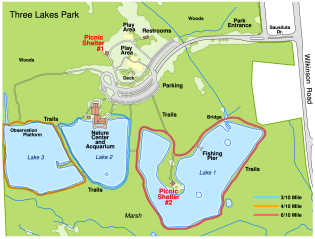 Our son was eager to run once again in open space. He had been cooped up and had a mild case of cabin fever. He grinned from ear to ear as he sped through the forest. Nothing beats real world interaction to solidify things that he has read in his books. He was able to identify several birds and ducks as different parts of the tree. While we were walking, I realized that everything seemed just a little bit easier. I then realized at 27 months, he is now able to hike on his own! We completed a circuit just under 1 mile and he was able to walk the entire way! He even found a little hiking stick to call his own. After spending some time throwing rocks in the lake, he spent his energy on the large playground until the Nature Center opened at 12:00pm. 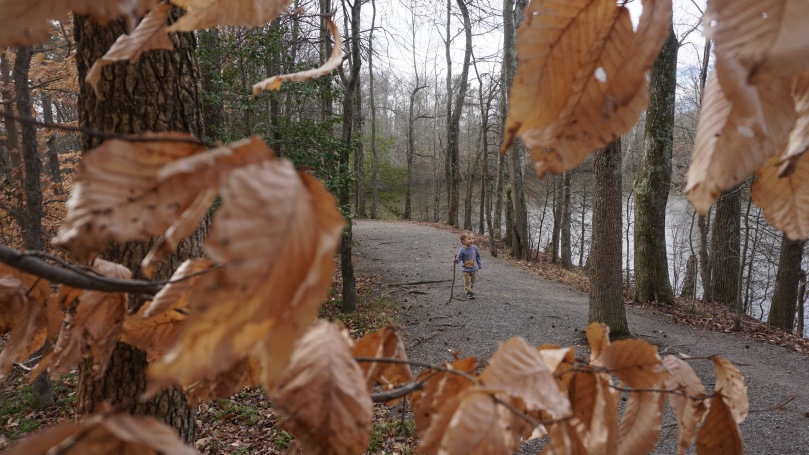 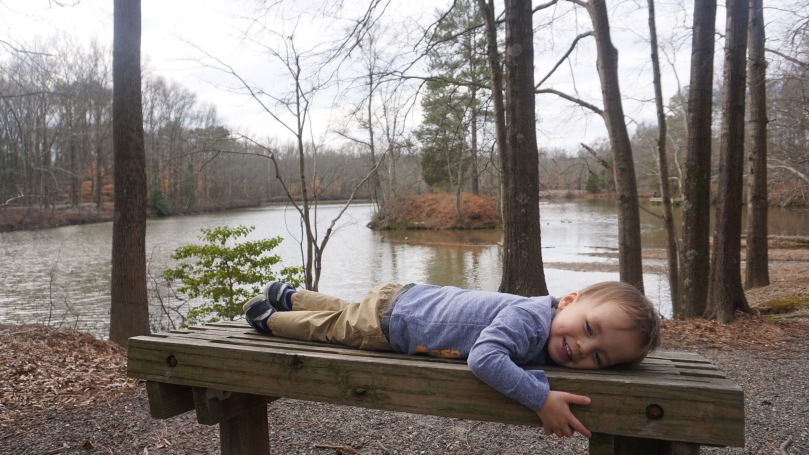 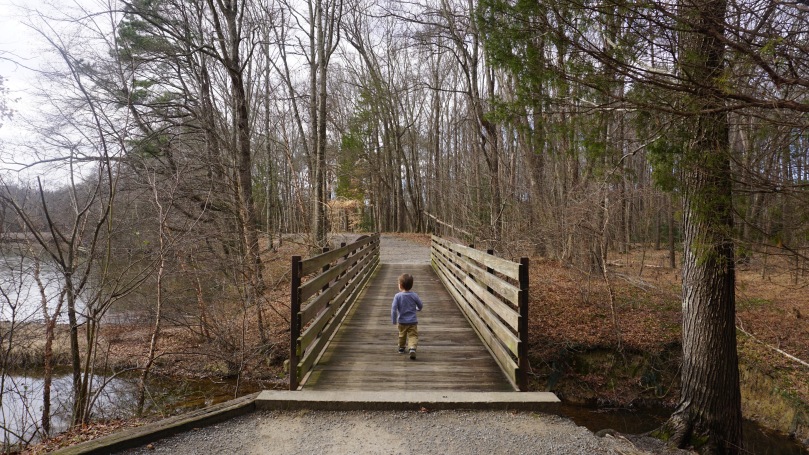 We were all very impressed by Three Lakes Park & Nature Center. The trails were flat and easy for the kids and the impressive 6,500 square foot Nature Center is one of the nicest we’ve ventured to. There is a 50,000 gallon aquarium which gives visitors a “fish-eye” view of the underwater world. Our son thoroughly enjoyed this center as he explored the migration patterns of the birds, and marveled at the number of turtle species in the tanks! The nature center is open from 12:00pm to 4:00pm most days and is free admission. 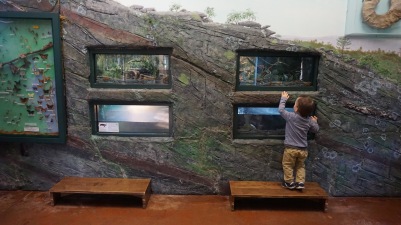 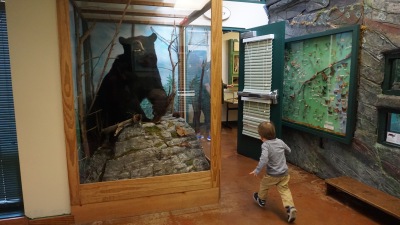 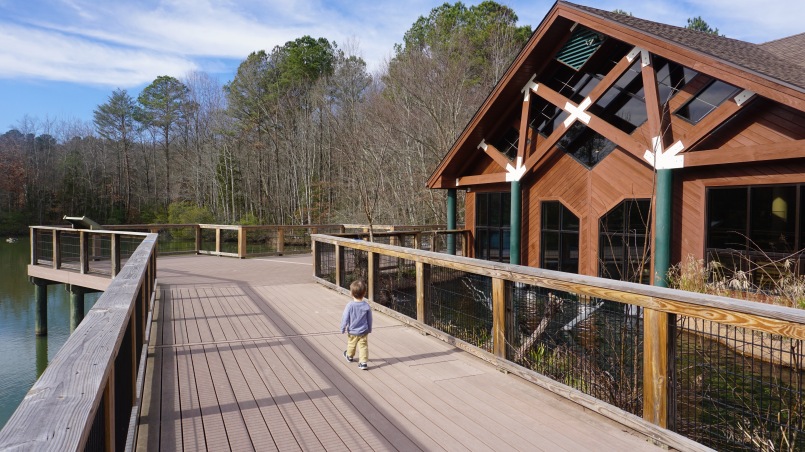 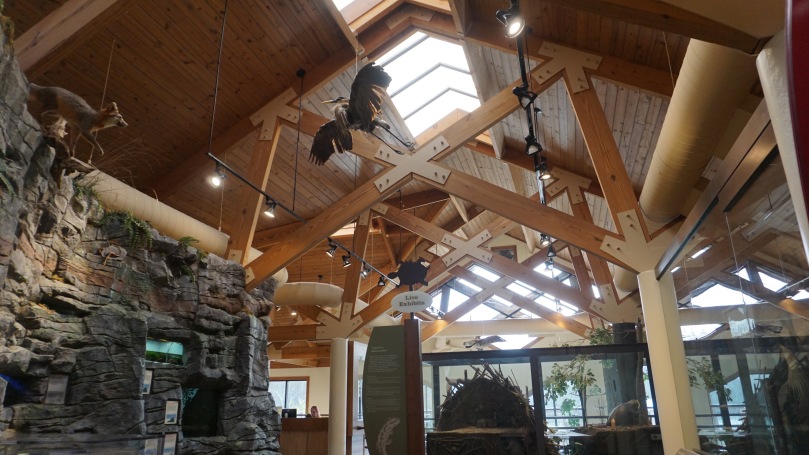 There’s no question that the future of our planet is at stake. We are all stewards of the planet, and we can dictate its course. We can either change the speed at which it is damaged, or change the speed at which it is recovered. Most importantly is the fact that the future is in the hands of our children. Get them outside to enjoy the beauty of our planet, so they know what it is exactly that they will be fighting to protect. A small act performed by millions can change the world. Start with your local conservation organization.